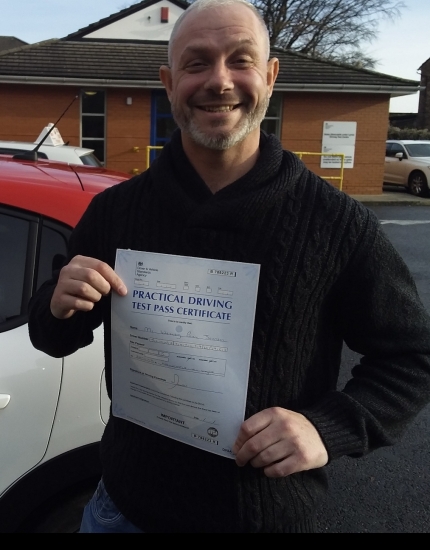 Wez says "I contacted Garry after some bad experiences with the first instructor that I had that had left me with zero confidence. Garry was patient and gradually built my confidence back up again to the point where I had true belief in my ability to drive (this was very much under scrutiny on test day lol). That being said, Garry repeatedly reminded me of his belief in me and this helped a lot. To anyone that struggles with test day conditions and feeling overwhelming nerves(as I did), Garry will calmly talk you through the process and help put you at ease. Thanks Garry, we got there in the end lol'.